It’s hard for me to believe that what I’ve done over the past eleven months is “not typical.” I get up at 4:45 AM, Monday through Friday to exercise. I found an amazing program through the internet called Bay State Adventure Boot Camp that literally wears me out for an hour every morning while the rest of the world is still laying around in bed. By 6:30, I’m smelly and sweaty and completely psyched that I’ve done something so good for myself.

What I like most about boot camp is I don’t have to think about it. I set my alarm, get up, go to boot camp and Alexis and Erica have the entire workout planned. I just have to do what they tell me to. It’s never boring. It’s never redundant. It’s different every day, not just for the exercise but depending on the people that are there that day. Alexis and Erica motivate me every step of the way but so do the other ladies from camp. It still amazes me how many people come up to me and tell me how good I look. (Thanks!) And while I know I’ve lost a lot of weight, I also know there’s a long way to go still.

As with most people, the journey of my weight loss started several years ago. I was sort of successful with other programs. I lost 20 pounds going to weekly meetings but it wasn’t fun and one day a week wasn’t enough motivation for me. When I moved away from that area I stopped follow the program. Two years into graduate school and I’d gained 50 pounds from eating too much greasy fast food. I decided that it was time to do something about this especially since I was in the health care business. There’s nothing like having a doctor tell you to stop smoking and then seeing him standing on the corner puffing on his own cigarette. That’s kind of how I felt. How could I possibly tell someone they needed to exercise more and take better care of themselves if I wasn’t doing that myself? So I Googled personal fitness trainers one day and found Bay State Adventure Boot Camp.

I will never forget my first day of boot camp! My body was not happy to be up that early and certainly was not impressed with what I was making it do. Now, fifty-five pounds lighter, I don’t really care what my body thinks of me! The little aches and pains, and even the major set backs requiring time off (bursitis and a car accident with whiplash), and I’m still going to boot camp five days a week. You couldn’t possibly get me to stop going! I love this program and I love the people I’ve met through it.

Besides looking and feeling so much healthier, I’ve been amazed at the other areas in my life that boot camp has affected. Boot camp has given me back so much more than I ever put in to it. It’s given me back my music. I can sing and play my flutes without gasping for air anymore! It’s given me back mountains and nature! I LOVE being outside and now I’m not panting and stopping every five minutes when I’m climbing mountains. In fact, I ran up part of the last mountain I climbed! It’s also given me back the children in my life. I can outlast my niece and nephew when we’re out playing! I can keep up with my cousin’s two year old with a smile on my face! That’s all in the past year! Next year. . . a triathlon!
Posted by Stacie at 4:48 AM 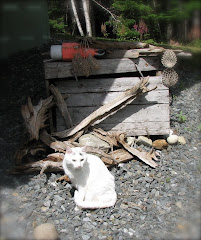 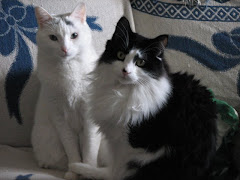